Welcome to the Amiga Unix wiki!

Amiga UNIX (also known as “Amix”) was Commodore's port of AT&T System V Release 4 Unix to the Amiga in 1990. Like many early Unix variants, Amiga Unix never became wildly popular, but it is an interesting sidestep in the history of the Amiga.

The two “official” machines that could run Amix were the Amiga 2500UX and 3000UX models, however it can run on any Amiga that meets its hardware requirements. The awesome Amiga emulator WinUAE has been able to run it since 2013 (version 2.7.0 onwards).

This site is dedicated on preserving Amix's history and sharing information and instructions on what Amix is, how to install it (either on real hardware or in emulation) and what can you do with it. Mainly, it tries to cater to people who wish to run AMIX for whatever reason on their hardware. By documenting experiences with it, it is hoped that subsequent SVR4 junkies will find the way more smooth than it might have been without any guidance at all. For even a relatively experienced modern Unix or GNU/Linux administrator, System V UNIX is sufficiently different to present difficulty in installation and administration. Not so much in moving around between directories, and using common utilities that persist to this day - although many of those are hoary and somewhat forgetful in their retirement - but of doing more in depth tasks and understanding the differences.

Figure 1: In november 2020, a boxed copy of Amix sold for quite a bit of money on eBay.com.au 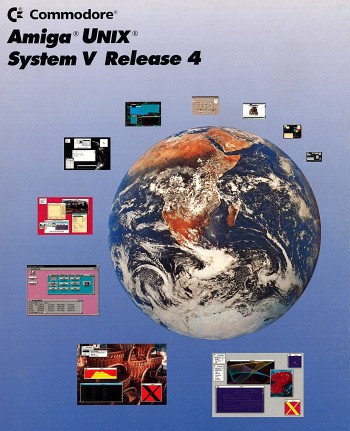 Where to get help with Amix?

Currently the most active Amix-related forum seems to be support.Amix @ English Amiga Board. Ask there if you need any help!

Wanted: content for this site! Do you have a piece of third-party software for Amix? Copy of an exotic hardware driver? Would you like to help write guides? Have copy of files from litamiga.epfl.ch or amiga.physik.unizh.ch? Please let us know!

Why would you like to try Amix? The short answer is, you don't want it. Stay with me for just a minute here.

Amiga UNIX is really, really real UNIX. AT&T System V Release 4, ported by a team at Commodore that quit the day that 1.0 was released - at least, as legend has it. All the releases have their share of issues, and none of them have been updated in well over a decade. It runs on old hardware that was expensive when new and hard enough to find now that “RARE!” tags on eBay aren't hyperbole for once. You can cheat and get it installed without the tape drive, at least, but it's not for the faint of heart and has its own caveats such as a completely broken package system.

Think for a minute about your goals before embarking on this journey. If you're a die-hard Amiga user - and we all know they are still out there - interested in trying this UNIX thing, because you've heard about Mac OS X and that's based on UNIX, but before you swap out Kickstart for init you'd like to kick the tires on Amiga UNIX…

Ten minutes with Amiga UNIX will have some Amiga users reaching for their 3.1 floppies. Actually, two minutes with the installer might have the same effect. That's just not fair to UNIX, whether it's GNU/Linux, Solaris, FreeBSD, or whatever. The environment has come a long way in the years and years since Amiga UNIX was shiny and new, rather than bitter and tarnished. Your average Ubuntu user will have set fire to their house trying to expunge any evidence of the unforgiving AMIX installation. Did I mention it hasn't been updated in a decade? Put your Amiga UNIX machine on the net with no firewall and you may see it rooted faster than a Win98SE box running IE5.

Finally, and this is a biggie, there is no future for AMIX. Its kernel, libc, and much of its software is closed source, so when Commodore folded its story was over. It was put to pasture even as free UNIX environments began to be truly plausible contenders for commercial UNIX, and largely forgotten.

So this is quite the happy page, isn't it? Why would you want to install AMIX?

There's really only one reason. Well, two, if you count being an idiot like us. That reason is simple curiosity. If you'd like to put yourself in the shoes of an aspiring systems programmer in the early nineties, go for it. If you find the legacy of the ever growing open source operating system revolution fascinating, AMIX could prove instructive. If you're trying to impress bearded UNIX gurus with arcane knowledge from the times when men were men, and 16MB was a ton of RAM, the dwindling lore of System V might be the key. These days, Amiga UNIX is all about history and learning.

So if you have the requisite hardware and you have girded yourself for what is in store for you should you venture into the m68k-cbm-sysv4 dungeon, you might enjoy this site and the dusty treasures it contains. But seriously, if you just want to try UNIX or GNU/Linux out, the most expedient way to do it is on x86 or just something better supported on Amiga hardware. There are lots of choices for you.

Thanks to Folkert “Tahoe” de Gans for hosting the site!

Thanks to Ville Laustela for images & scans and updating the Wiki.

Thanks to Toni Wilen for maintaining the WinUAE emulator and making it possible to run Amix inside it.

Dedicated to Andrew “Failsure” Whitlock, the original creator and maintainer of this site. RIP, agw. 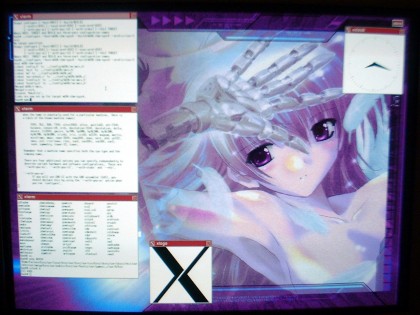